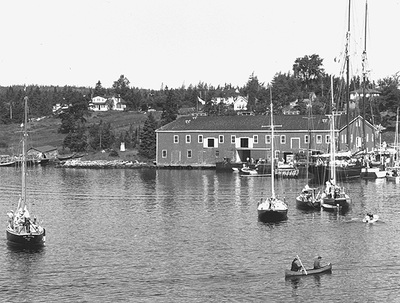 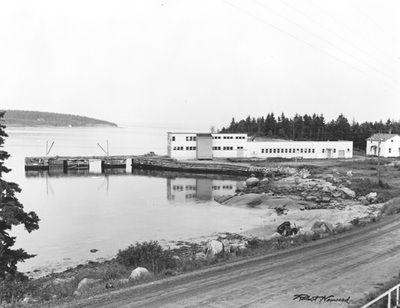 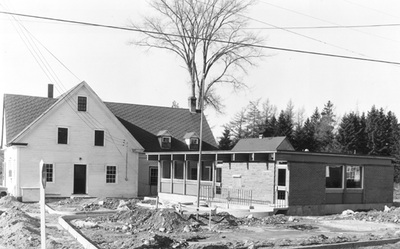 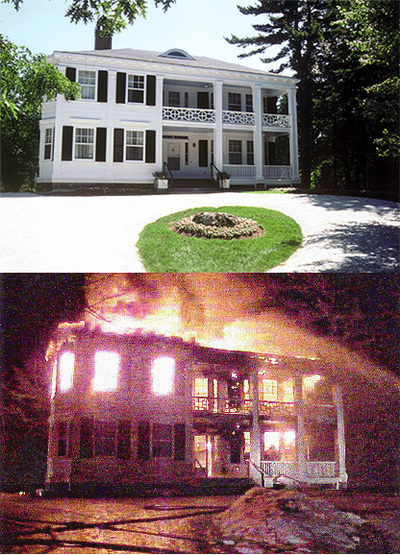 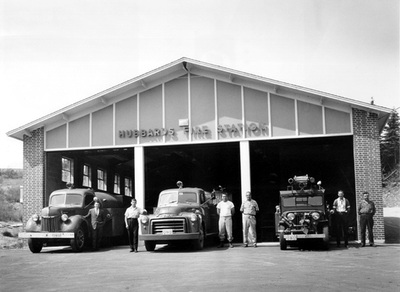 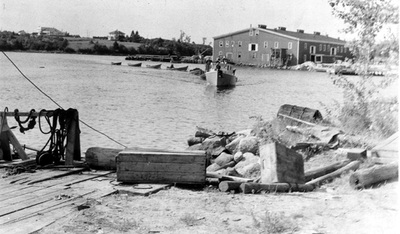 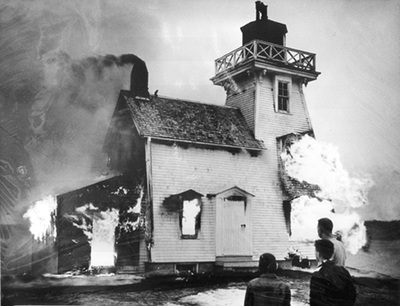 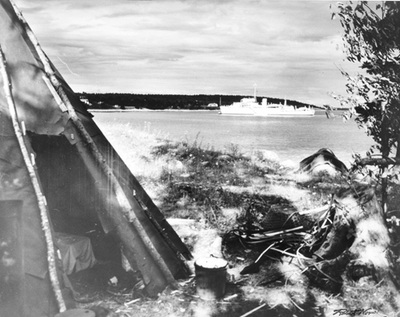 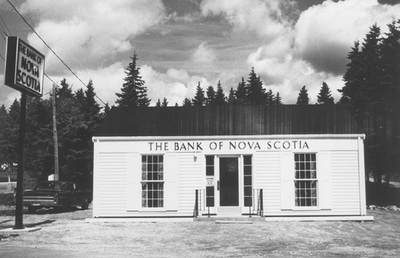 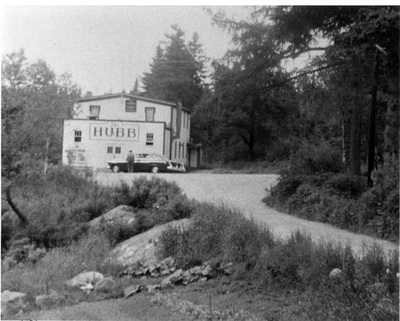 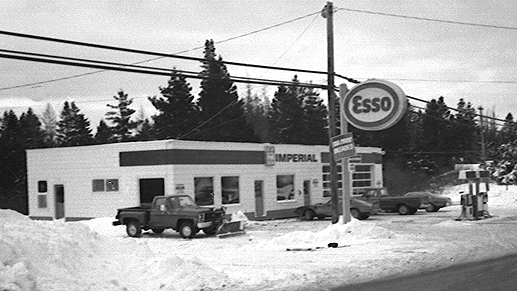 The original building which housed Scotty’s grocery store, lunch counter, and gas bar was opened in the late 1930’s by Ray and Elizabeth Schwartz.  This building was originally purchased from Arthur Coolen and is now Mother’s Hubbards Cupboard Antiques.

In 1959, Scotty’s Esso was built by John Schwartz, Ray’s son.  Scotty’s Esso was a full service gas station.  This building also housed Scotty’s Restaurant which became famous for its lobster sandwiches.  Scotty’s Grocery Store remained open until the late 1960’s when it was sold to Earl Mader.

The name Scotty’s was a tribute to Ray’s wife Elizabeth, who was originally from Scotland.

John and Maxine Schwartz closed Scotty’s Esso in the mid 1980’s and unfortunately this building burned down in the late 1990’s.